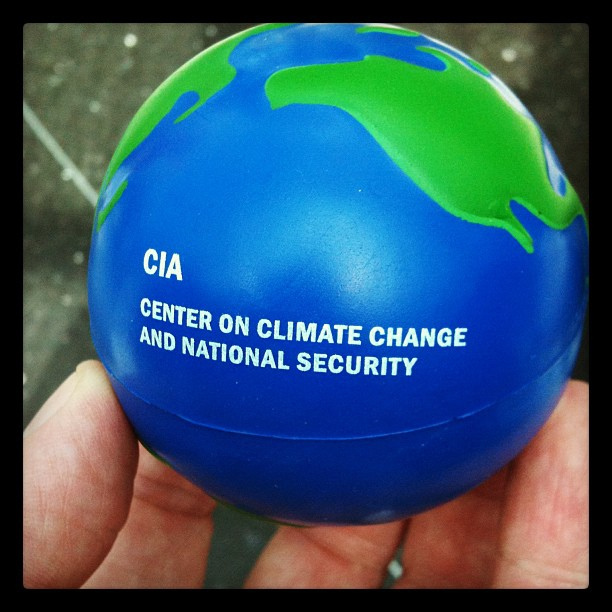 Alan Robock made some speculative comments about the CIA to the Daily Mail.  These comments can be read here:

Based on the history of our intelligence agencies’ involvement in secret kidnappings and torture, killing noncombatants with drones, spying on our telecommunications, etc, we can take it as a given that secret US governmental organizations will engage in criminal behavior.

However, we should be entirely clear:

There is absolutely no evidence that any US intelligence agency has any interest in climate intervention for anything other than defense-related informational purposes.

Furthermore, there is no plausible scenario in which climate intervention could be used effectively as a weapon.

So, while I share Alan’s contempt for the criminal behavior of our secretive governmental agencies, I do not think it is helpful to speculate that in this instance, the agencies are looking for new ways that they might inflict suffering on others.

At the Berlin event, I told some of you about the CIA Center for Climate Change and National Security simulation exercise I was asked to do four or five years ago. What started as a climate disruption/storms & droughts & bears scenario evolved (as the China and US teams responded) into a potential SRM scenario. By the final turn, the possible deployment of SRM on one side had been perceived as a real threat to agriculture on the other, and missiles were being put on alert.

Perception trumps objective reality when it comes to national security.

On that note, the CIACCCNS is no longer around, as the Republican house determined that since climate change wasn’t real, the center wasn’t needed. Seriously.