Recently, I was contacted by David Perlman of the San Francisco Chronicle to comment on this paper: 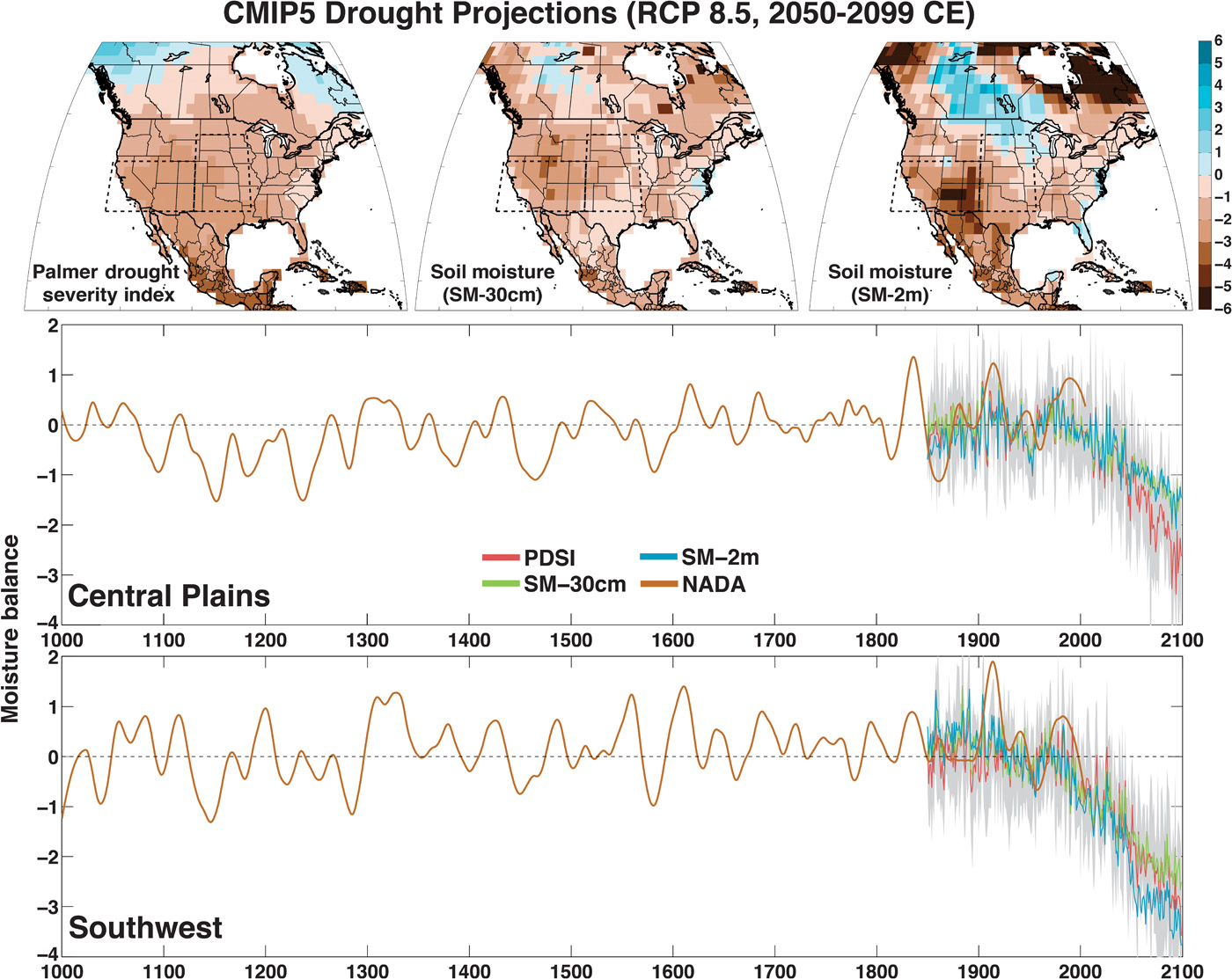 The story he produced can be found here: http://www.sfgate.com/science/article/Megadroughts-predicted-to-ravage-the-Southwest-6078504.php

The email I sent to David Perlman in response to his query was:

This study analyzes results from a broad spectrum of climate models and compares them with paleo-climatic data and comes up with some rather startling results.

These model results are the most reliable model results available in the world today. The models have been tested again and again against a wide array of meteorological observations.

If this was one model saying this, it might be a model artifact, but when nearly every model says more-or-less the same thing, you have to pay attention and believe it might be pointing to something real.

I have looked at some of this model output before, but when you look at them as graphs of probability distribution functions it doesn’t really mean very much emotionally.

When you stack these model projections against reconstructions of past climates, the results are so sobering that they have me ready to go out for a drink.

I remember visiting ruins of American Indian civilizations in the desert southwest, places like Mesa Verde, where large civilizations flourished based on an agricultural foundation. It is thought that the rains dried up in year 1276, and a 23-year drought played a major role in causing this civilizations to fail, leaving us with the ruins we see today.

If you look at the chart showing rain in the desert southwest (Figure 1), the drought of 1276 is like a little blip compared to what is in store for us.

As a climate scientist, I sometimes think climate change is something we can just muddle through. I have been concerned about excessive alarmism, thinking that climate change might turn out to be not so bad for the average person after all.  These results have me questioning that complacent attitude.

Another concern is that the droughts we have been experiencing here in California have been much worse than predicted by the climate models.

Perhaps someday, people will wonder why we called this ‘the global warming problem’. People in the future may call this ‘the regional drying problem’.

*Post Facto Note: A reader wrote to me and complained about this as-a-scientist / as-a-human being dichotomy. I agree that this was not a very good framing.
Things sent or said to journalists are always the quick rough first draft. The irony is that the scientific papers we labor over to get every word right are read by almost nobody. The stuff we say or write off the top of our heads are the most likely to be widely read.
It is a good hypothesis that anthropogenic emissions are contributing to the extreme weather we have been having, but at this time the evidence in support of that hypothesis is not compelling (and at the same time there is absolutely no evidence that the hypothesis is false).